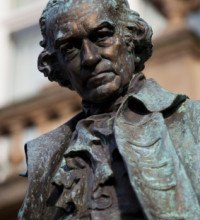 In the mid-eighteenth century, a young man named James Watt sat by the fireplace, gazing earnestly at the teakettle on the stove.Watching the steam rise from the boiling kettle fascinated him. This experience led to the commencement of a lifelong fascination with steam.

It also led to his recognition as being the inventor of the first modern (and practical) steam engine. In the years since then, the progress in science has helped people become aware of the numerous benefits of steam. 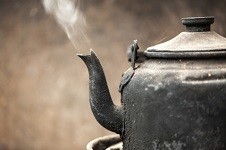 Historically, people used steam as a natural aid to help healing and relaxation. They believed that steam could prevent, heal and provide relief from various ailments and illnesses. Initially, people visited commercial establishments like spas and baths to experience the benefits of steam. Nowadays, the advent of steam showers has enabled more people to benefit from the therapeutic effects of steam – from the comfort of their own homes. This is also a pointer to the affordability of a steam shower cabin in current times. The growing popularity of steam showers stems from a growing awareness of the manifold benefits of steam. The use of steam has several health benefits. Read on to gain an insight about the health benefits you could obtain by using steam.

Steam As A Detoxification Agent

Some decades back, lifestyles and diets used to be healthy and beneficial to the body. Earlier generations did not rely on indiscriminate use of chemicals, pesticides, fertilisers and other kinds of toxins like heavy metals and exhaust fumes. However, the increase in pollution levels and the use of chemicals has complicated matters. A concentrated presence of these in the body could lead to severe illnesses.

Depending on your lifestyle and diet, your body accumulates a number of chemicals and toxins. Nature’s way of getting rid of these from the body comes about via perspiration. You could easily benefit from having your own steam shower cabin or DIY steam room. Steam provides an effective means to induce sweating in the body. In doing so, they help in deep cleansing your skin and ridding the body of the accumulated toxins. There are two kinds of toxins present in the body. These are:-

– Endogenous Toxins: These comprise of biological wastes within the body (including fatty deposits and tissue fluid).

– Exogenous Toxins: These comprise of the pollutants and chemicals present in the environment.

Steam As a Skin Reviving And Moisturising Agent

Spending time a steam shower cabin or your own custom steam room can give plenty of respite to your skin. People have used steam showers to improve the tone, moisture and clarity of the skin. Typically, saunas use steam generators to produce water vapours. In our steam shower units, the fitted 3kW steam generator fills the steam shower cabin with vapours. The user sets the temperature for the cabin based on their personal requirements. Steam helps in opening the pores in your body, thereby releasing the toxins.

The heat of the steam shower increases your metabolism and your pulse rate. It stimulates your cardiovascular system and increases the number of heartbeats per minute. It also expands your blood vessels. This improves the flow of blood throughout your body. It also helps the skin receive essential nutrients like vitamins, minerals and oxygen. This leads to an improvement in your skin tone and clarity, vouched for by your radiant and youthful skin.

Steam makes the skin brighter and more radiant. However, it has another utility in terms of beauty treatment too. Increasingly, women are using the steam for hair treatment and styling. This device makes their hair frizz and humidity proof. Additionally, it does this quicker than the conventional blow dry and iron.

Steam As A Rejuvenating Agent

As mentioned earlier, a steam shower increases the heat, which results in improved blood circulation throughout the body. The improved flow of blood helps relax the muscles. It also alleviates the tension in the body after a long day at the workplace. 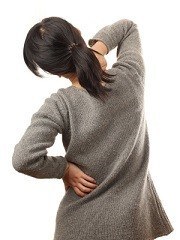 Several physicians recommend using a steam shower to their patients to obtain relief from stiff joints and arthritis. In fact, research has shown that the use of heat therapy with complete body hypothermia can decrease the pain, stiffness and fatigue experienced by people afflicted with rheumatoid arthritis and ankylosing spondylitis. Some spas and health clubs diffuse aromatherapy oils along with steam. These oils can be very helpful in relaxing the mind. Moreover, research has shown that elderly people can enjoy better quality sleep if they take regular steam baths and also make use of recliner chairs. In some cases, steam baths have helped cure sleep-related ailments like insomnia. You can read more on how to achieve better sleep on Bedroom Critic

Steam As A Breath Enhancing Agent

People have used steam to provide relief to people suffering from a number of ailments like asthma, bronchitis, sinusitis and other allergies of the lung. Steam helps in unclogging the airways in the lungs. This results in providing relief from inflammations or congestion in the lungs, thereby enabling people to breathe more easily.

This is why doctors recommend people with respiratory ailments to take regular steam baths. The hot and moist air of the cabin helps these people to breathe comfortably.

Steam As An Immunity Booster

A steam shower raises the body temperature, in almost the same manner as a fever does. When the body eliminates the viruses present in it, fevers result. This is because viruses cannot survive at high body temperatures. Thus, fevers represent the body’s natural defense against microorganisms.

Higher body temperatures also lead to an increase in white blood cell and antibody production. The white blood cells defend the body from attacks by infectious diseases and other illnesses caused by other microorganisms like bacteria and viruses. Other benefits of steam showers include:

– Decreasing the effects of endotoxins (i.e. toxins released by bacteria)
– Enhancing the activity of interferon (i.e. a protein made by the body for fighting disease causing microorganisms)
– Increasing the production of enzymes
– Burning a higher number of calories
– Cleansing of the skin’s pores

In the research, the sauna brought the patients’ bodies to a state of complete hypothermia. Patients suffering from rheumatoid arthritis and ankylosing spondylitis enjoyed the experience. They mentioned that they felt lesser pain and experienced enhanced levels of movement during the research. Other affects experienced by the patients during the treatment included:

Supplement the Benefits of a Steam Shower with a Healthier Lifestyle 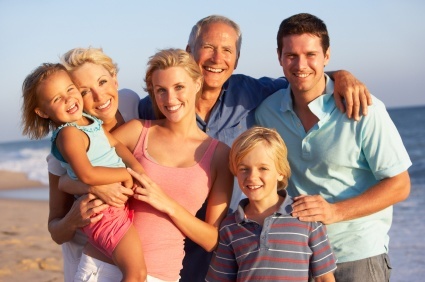 Merely taking a steaming shower is not sufficient when it comes to keeping your mind and body healthy. But the steam produced by the 3kW steam generator can cleanse your pores. However, it cannot function simply all by itself so therefore, use the following measures also, to help lead a healthier life.

Modular Steam Shower Cabins – over 60 models to choose from.

The former are inexpensive and comprise of a simple upgrade to an existing bathroom or shower and replace with a free standing steam shower cabin. In contrast, the latter are similar to the ones used at expensive spas and health clubs. Their increased cost comes with the benefits of:

In the low cost home size range, steam shower cabins and steam room kits for one and two persons are easily available. These are ideal if you have a small family or if you have a limited budget. When you need a high-quality steam shower cabin or DIY steam room kit in the UK, Smart Price Warehouse is the place to shop. You can order your unit online. Alternatively, call us at 0208 166 5994 for more information.

Noted writer George William Russell said, “When steam first began to pump and wheels go round at so many revolutions per minute, what are called business habits today, were intended to make the life of man run in harmony with the steam engine, and his movement rival the train in punctuality.” Given the increasingly hectic pace of life in every aspect of our lives, it might be time for reclaiming your space. A rejuvenating steam shower could be the best way of making a start…if only to relax and unwind after a hard days work.